Misselbrook, born in the UK in 1977, received a BA Honours degree in Fine Art at Nottingham Trent University which saw the beginning of her multi-media practice addressing issues surrounding the body as canvas and consumer in response to societal expectations placed upon it. Misselbrook completed a qualification focussing on disordered psychology as well as gaining her PGCE in 2004 from the University of Southampton. In 2007 the artist completed a Postgraduate Diploma in Fine Art at the Cyprus College of Art, Paphos and then went on to complete a distinction level Masters in Fine Art at Winchester School of Art in 2011. 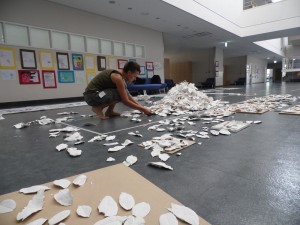 Misselbrook has completed placements including: workshops for people with physical disabilities at the Hexagon centre; Associate Lecturer in Art & Design at Southampton City College; Artist Facilitator for ‘a space’ arts organisation and Creative Practice Representative at the Millais Gallery, Southampton. The artist has received multiple grants from Arts Council England and a Leonardo da Vinci Grant from the Grampus Heritage Fund. Misselbrook has completed multiple commissions for schools, colleges and business premises and in 2009 installed a series of permanent works at the Fenwick 2 Health Centre in the New Forest, UK. Misselbrook’s artworks have appeared in group and solo exhibitions in various south coast galleries as well as London based and international venues. 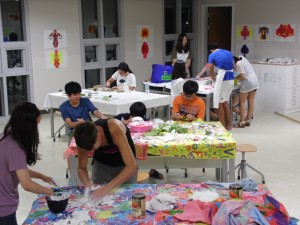 The artist’s degree show presented ‘Followed’, a skeletal vertebrae cast in white chocolate morphed into a pair of cupped hands as though waiting for absolution, ‘Monthly’, documenting the artist shaving her head and ‘Pure’, the artist’s torso cast in soap, routinely washed away in exhibition. In 2004, ‘1m2’, a cast of the artist’s body was produced in response to a call for entries which limited the work to a metre in any direction. The work is strapped into a steel cage and spikes aggressively defend it. This work has since been exhibited in a underground medieval vault, the Southampton City Art Gallery and The Crypt in St. Pancras Church. In 2006, a major solo exhibition at the Bargate Monument gallery presented ‘Misplaced’, the artist in a steel cage with elongated arms and knife and fork attachments and ‘Self-conscious’, a looped video showing the meticulous self-policing of the artist’s face. 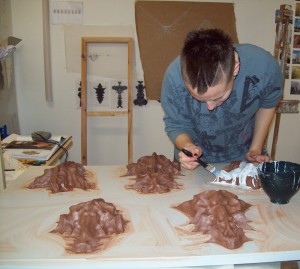 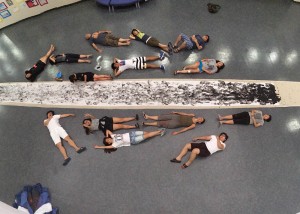 The artist has completed various public commissions including a large scale wall based work in rural Catalunya entitled ‘Protection’, inspired by the protection of the Catalan language by women. In 2014, Misselbrook created a large scale installation work in NLCS Jeju, South Korea taking inspiration from the volcanic island and traditional calligraphy and incorporating community performances, casting and body printing. In both 2016 and 2017, Misselbrook was successful in applying to create site-specific installations in public spaces as part of the Riu d’Art residency in Catalunya, Spain.

In early 2018, Misselbrook was selected as part of the Block Chain: The Power of Two online collaborative project organised by Chapel Arts Studios which saw her continued investigation into site-specific, ‘land based’ bodily performances and installations.

More recently, Misselbrook was invited to create a site specific sculptural installation and performance in the Maials forest, which was devastated by forest fire in June 2019. The work was created as part of a large scale project called ‘Cendrart’ – Cendra meaning Ash in Catalan.

Performance to camera from the artist’s isolated studio setting attempts to connect with an audience. This structured behaviour, and controlled casting processes and displays, portray obsessive acts of repetition and the resulting breakages.

The artist’s full CV is available to download here.