Misselbrook comments on this show, ‘In an attempt to present a disciplined process of moulding, casting, cutting, repairing, destroying and perfecting, the sculptural installation and series of videos portray a ritualistic approach to my practice. I wanted to move away from a comfortable place of very object based practice towards something more experimental and dynamic. I decided to centre this around found objects, school desks which were intrinsic to the concept of discipline, competition and individuality versus conformity.

The practice of cutting, dissecting, halving, thinning out, weighing down, stretching, elongating and filling became the focus of the project. As well as this a master mould of anatomical clay models was produced in order to create multiples from, again in an attempt to prefect something by trying repeatedly to achieve a certain result. Using plaster to cast multiples, pure, white and drying out becoming more brittle everyday. 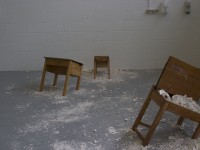 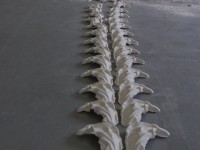 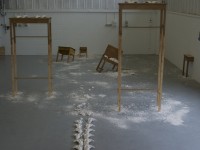 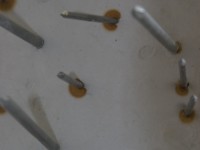 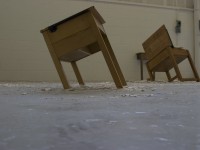 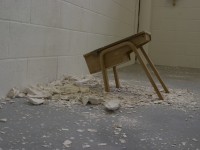 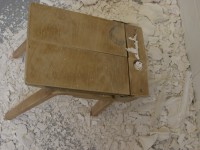 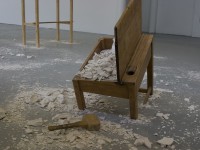 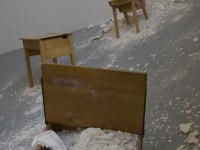 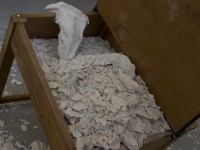 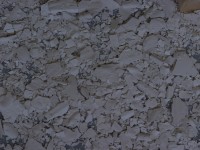 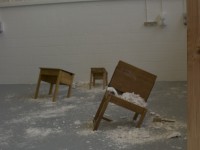 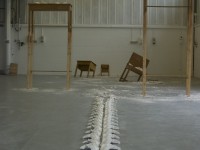 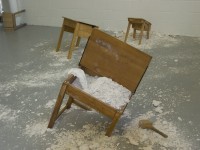 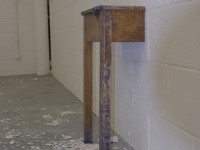 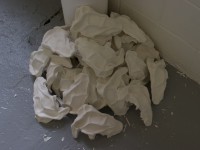 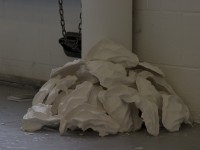 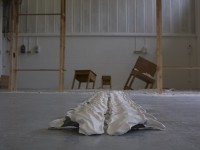 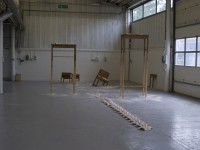 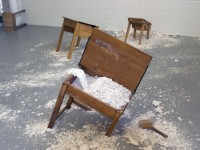 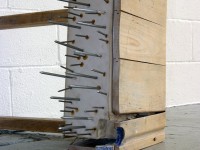 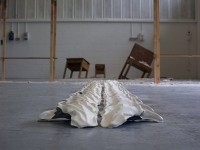 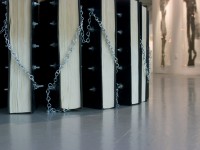 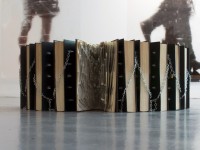 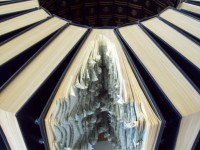 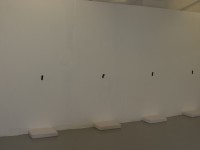 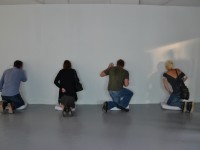 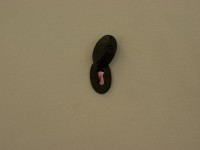 The sculptural installation attempts to present some kind of following, a flocking, and a quest for an unattainable thing. To begin with similar structures, desks, bodies, and to then deform, degrade or interfere with their function/stature. They bring their own story, their own history even. My interference has since created some kind of conformation, a sense of belonging, a certain order, process but it is as if something has been lost.

The series of videos ‘Purge II’ have developed from previous performances. In a location chosen specifically for these, I again consume communion wafers laid out in certain words to the viewer. Presented in reverse, the body, its movement and repetition become ritualistic in its approach. In an attempt to call the viewer into some sort of action – to follow me – the final video shows the body running away from the camera in a very slowed down edit, as if dreamlike.’