Sarah’s body of artwork is so Human

An exciting young artist, whose showcases at an Eastleigh gallery put her on the road to stardom, is starring in a Southampton art show. Sarah Misselbrook is one of ten artists whose work is featured in the latest exhibition at the a space contemporary art gallery in Old Northam Road, Southampton. Called Human, it runs until December 17 and other artists taking part are Michelle Aburrow, Mark Gaynor, Guy Stauber, Vincent Warrican, Dave Golden, Julie Walton, Lance Benham, Daniel Crow and Ben Scott.

Sarah’s first major art exhibitions were at Eastleigh’s Beatrice Royal Contemporary Art and Craft Gallery. Her fascinating artistry, with body casts had the London art world sitting up and taking notice. And it led to her work being exhibited in the capital. One of her eye-catching creations has included a full-size body cast of herself with lots of metal spikes coming out of it. 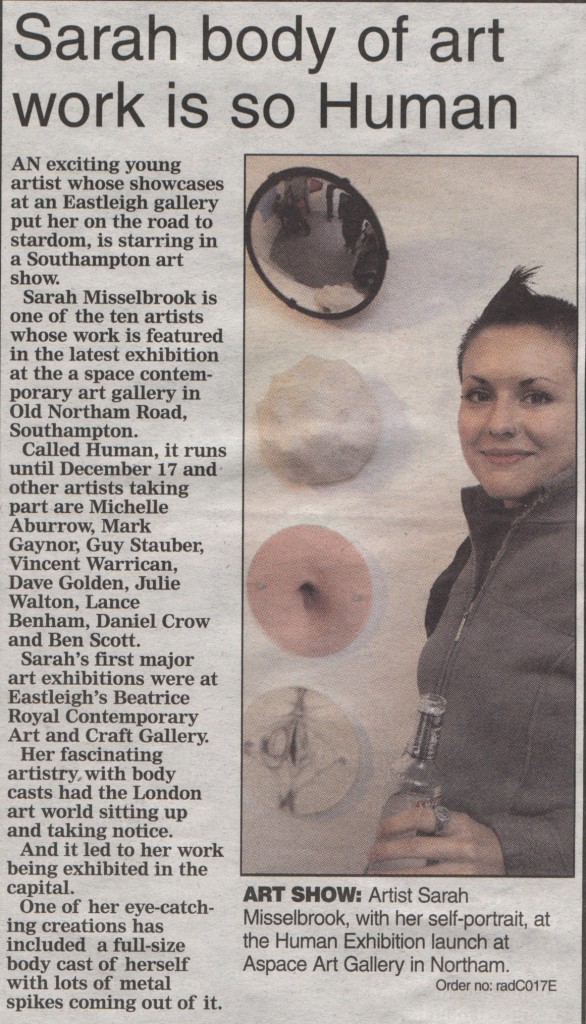