The concept of the non-body and the conflict between the sensual and the skeletal is the fuel for the production of the work. The materials are gradually drying out, becoming hard and wrinkled, similar to the effect of aging upon our human skin. The work’s process, it’s gradual decomposition runs parallel to our route to mortality. It reminds us of our fate and also mocks our obsession with self-improvement.
Private or public, inside or outside but most of all grotesque or normal; these artworks are metaphors for the culturally inscribed body.

The work is longing to break free of it’s own material constraints, or those imposed on it by the laws of nature. It addresses issues surrounding the interior and exterior relations of the body, collapsing the body’s boundaries through a deformation that reconfigures the form, creating new shapes and voids within existing space.

This is the very reason the work speaks so fluently within a space such as the medieval vaults. It is an existing space, not a fabricated white box which presents the work visually but a loaded space: historically, culturally and emotionally. The works resonate within their surroundings each asking questions of the other with the negative space or voids surrounding the artwork becoming just as artistically stimulating as the work itself. Silence is overwhelming within the vault with space for contemplation and uncluttered visual communication free from commercial context. 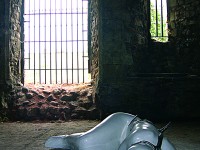 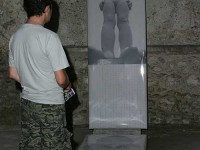 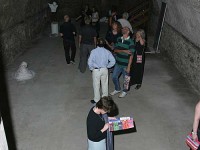 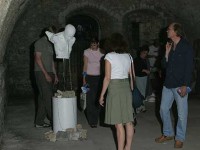 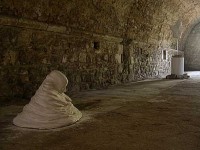 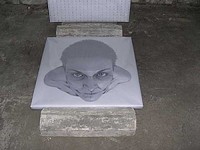 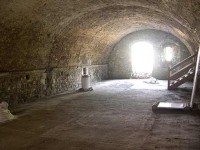