Artistic flair is something that the pupils at Sholing Girls’ School have an abundance of. Liz Heron finds out what the pupils learnt and created during the schools recent art week.

Sculptor Sarah Misselbrook and three groups of pupils made a large sculpture featuring plaster-casts of children’s hands in a variety of gestures to reflect the school’s logo, which shows two hands, clasped in friendship.

It will be displayed in a prominent position outside the school’s learning resources centre.

Mr Sharps said: ‘Children and staff have been really inspired by the event and Sarah Misselbrook’s sculpture will be a permanent reminder of all the excitement of the arts week as well as expressing the spirit of our community.’ 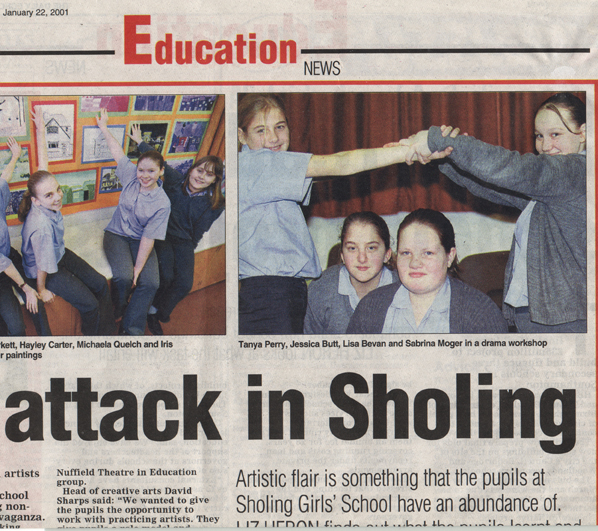