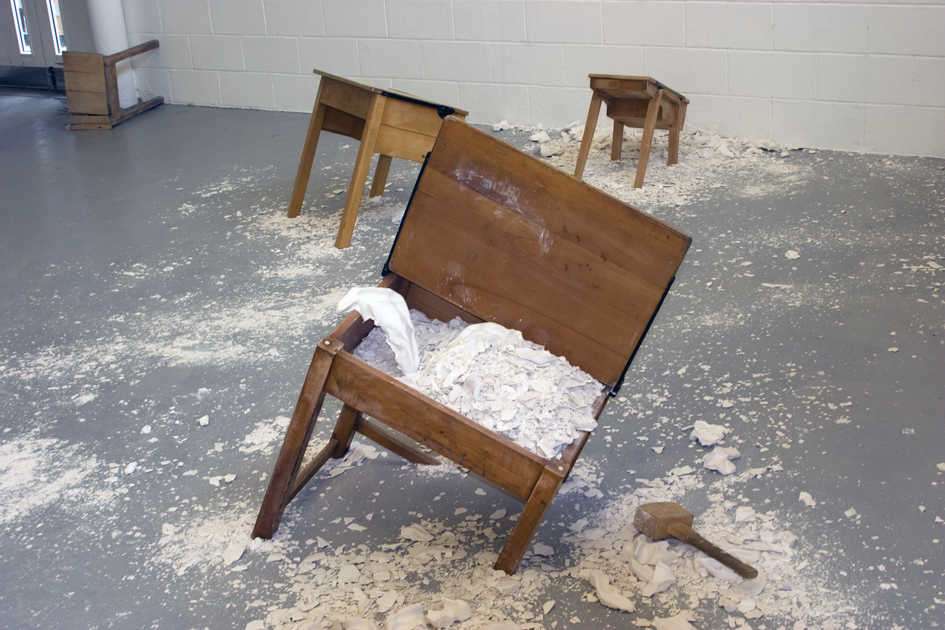 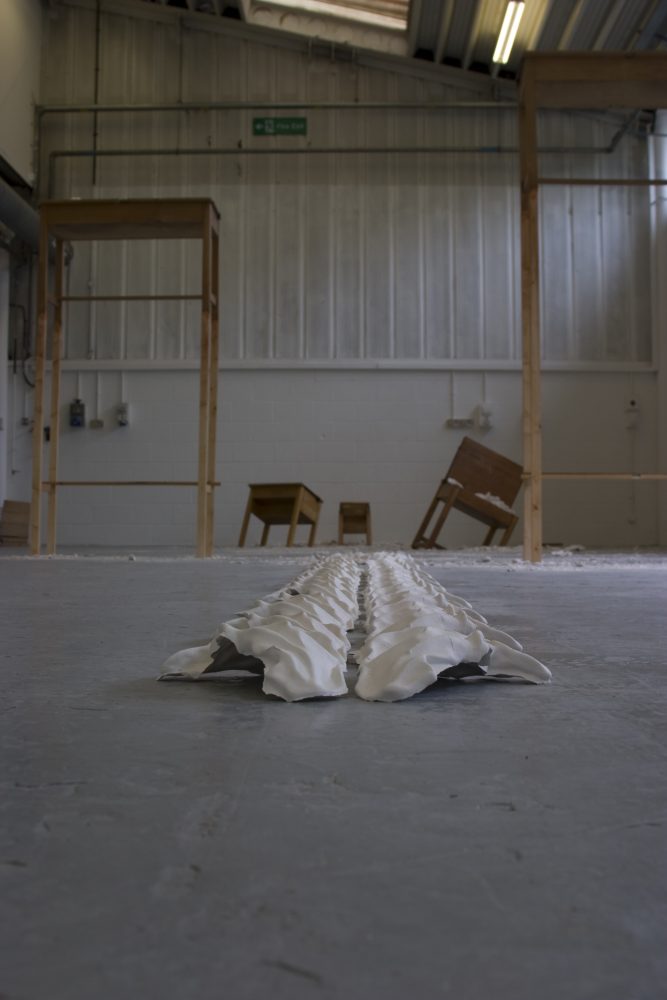 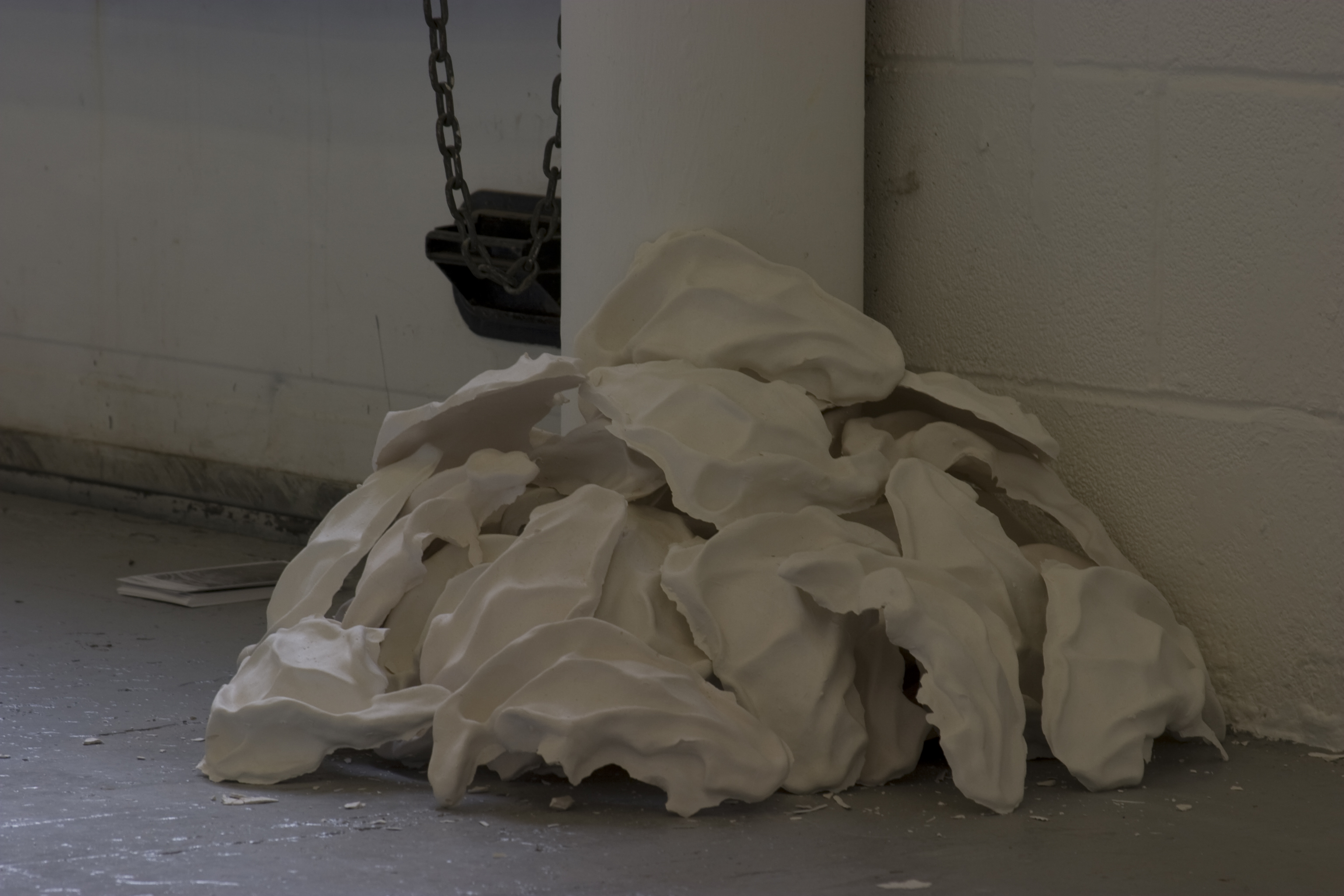 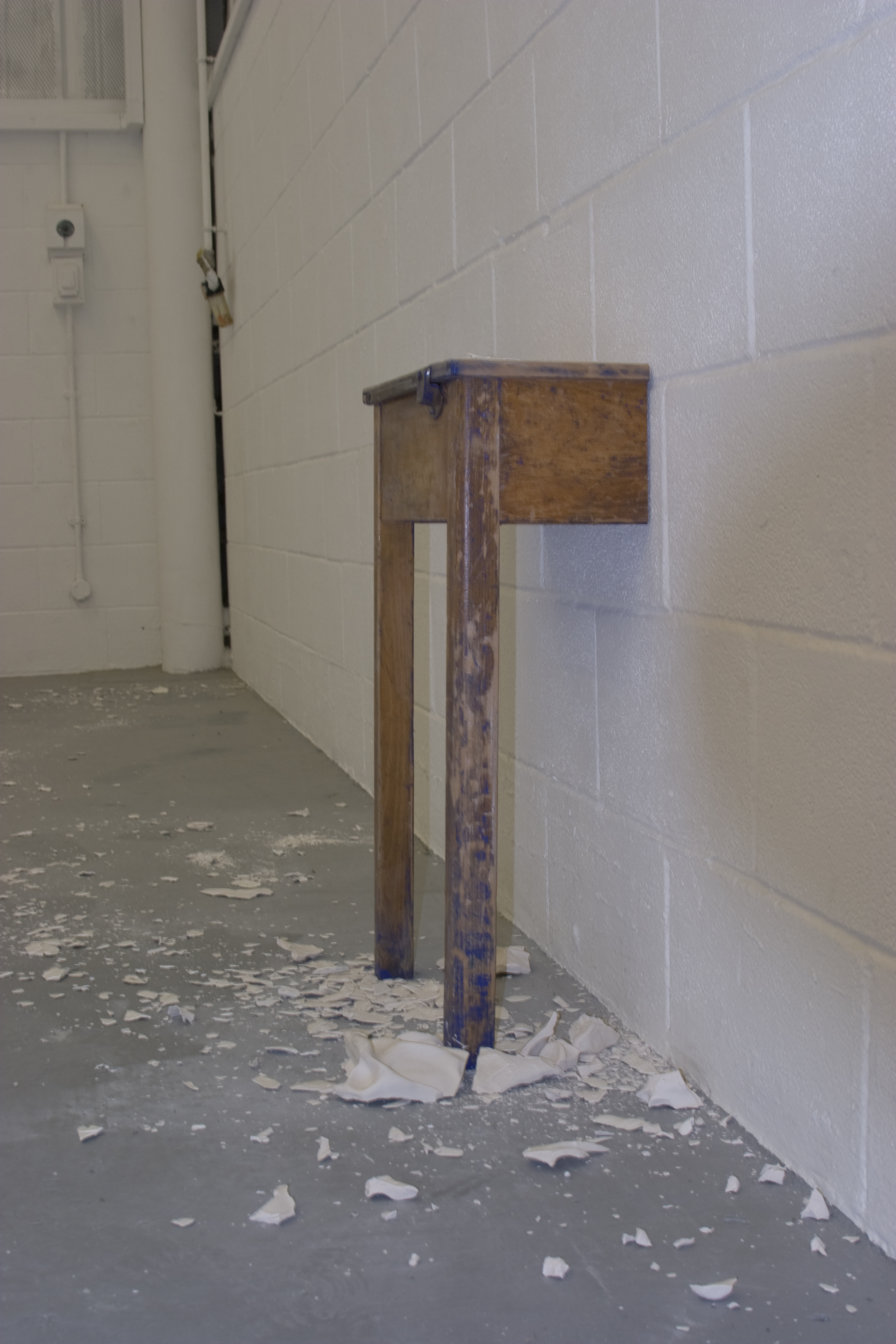 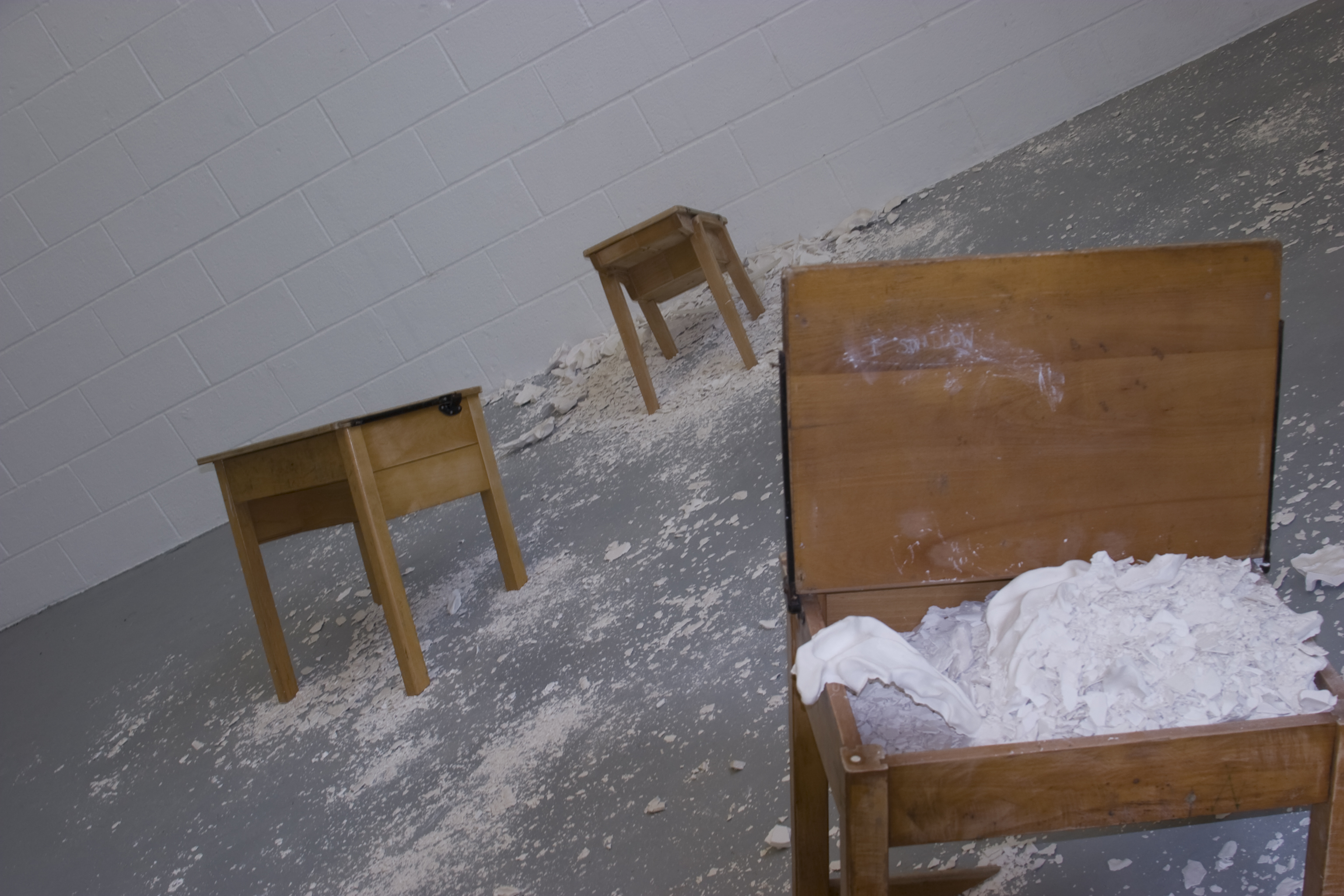 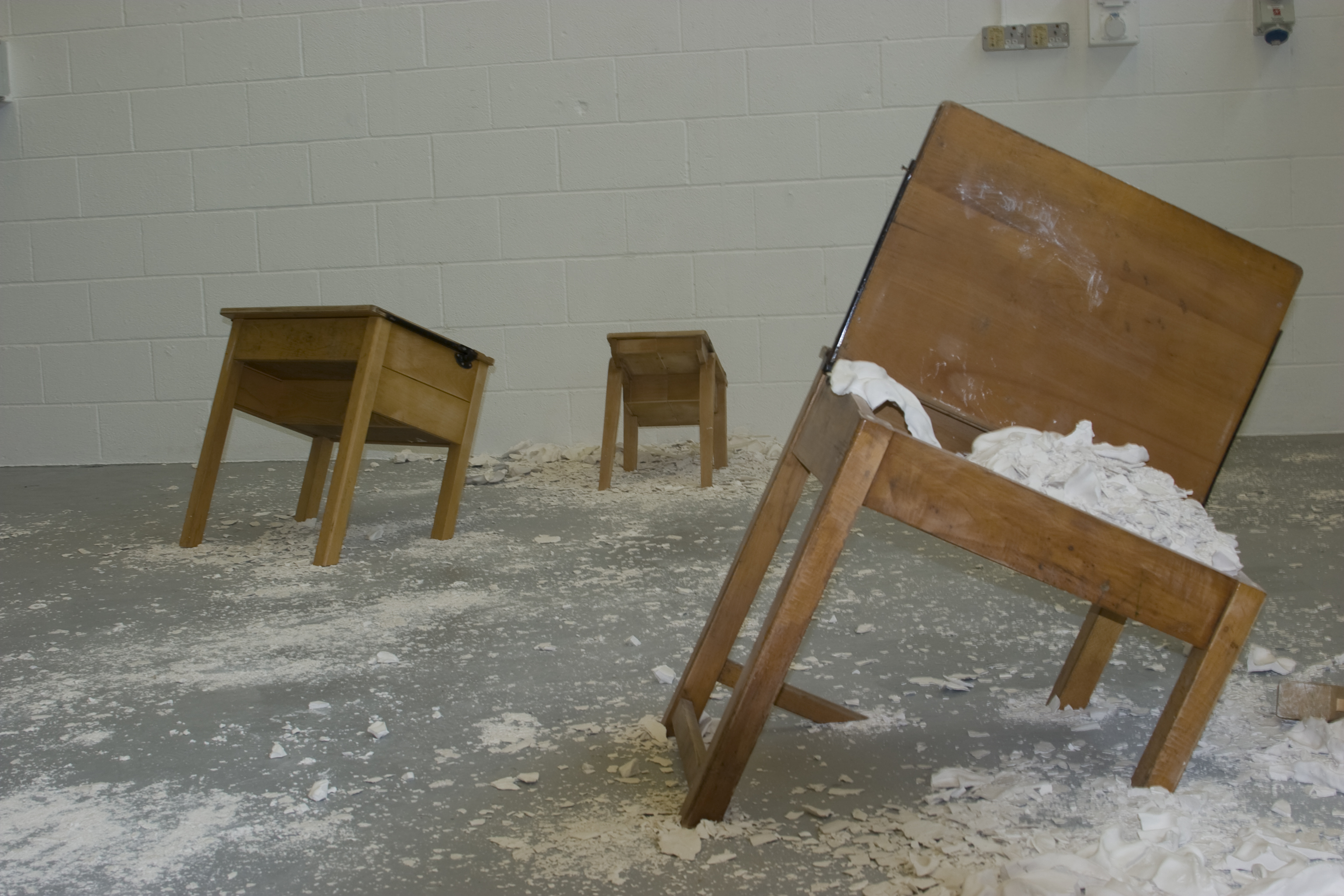 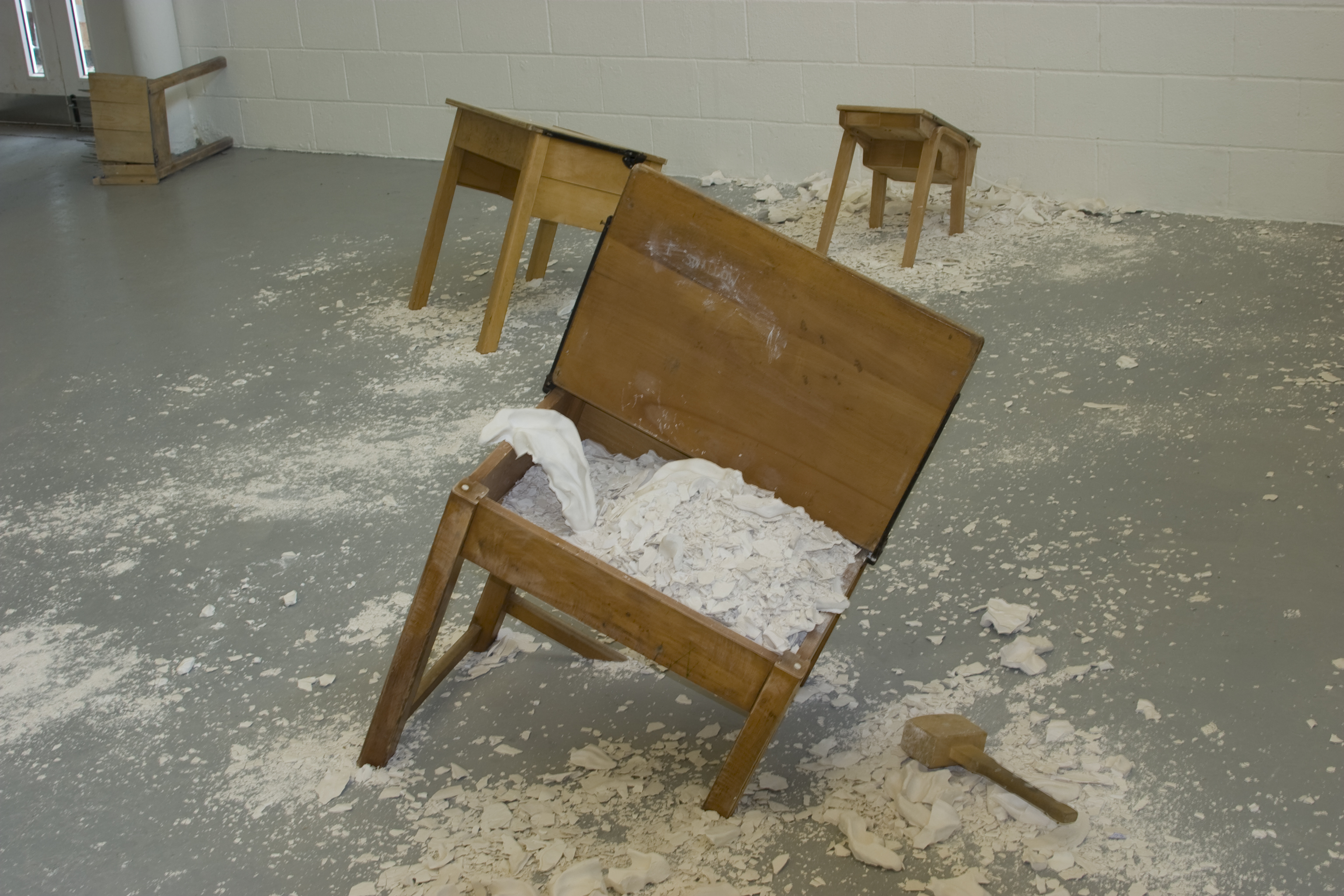 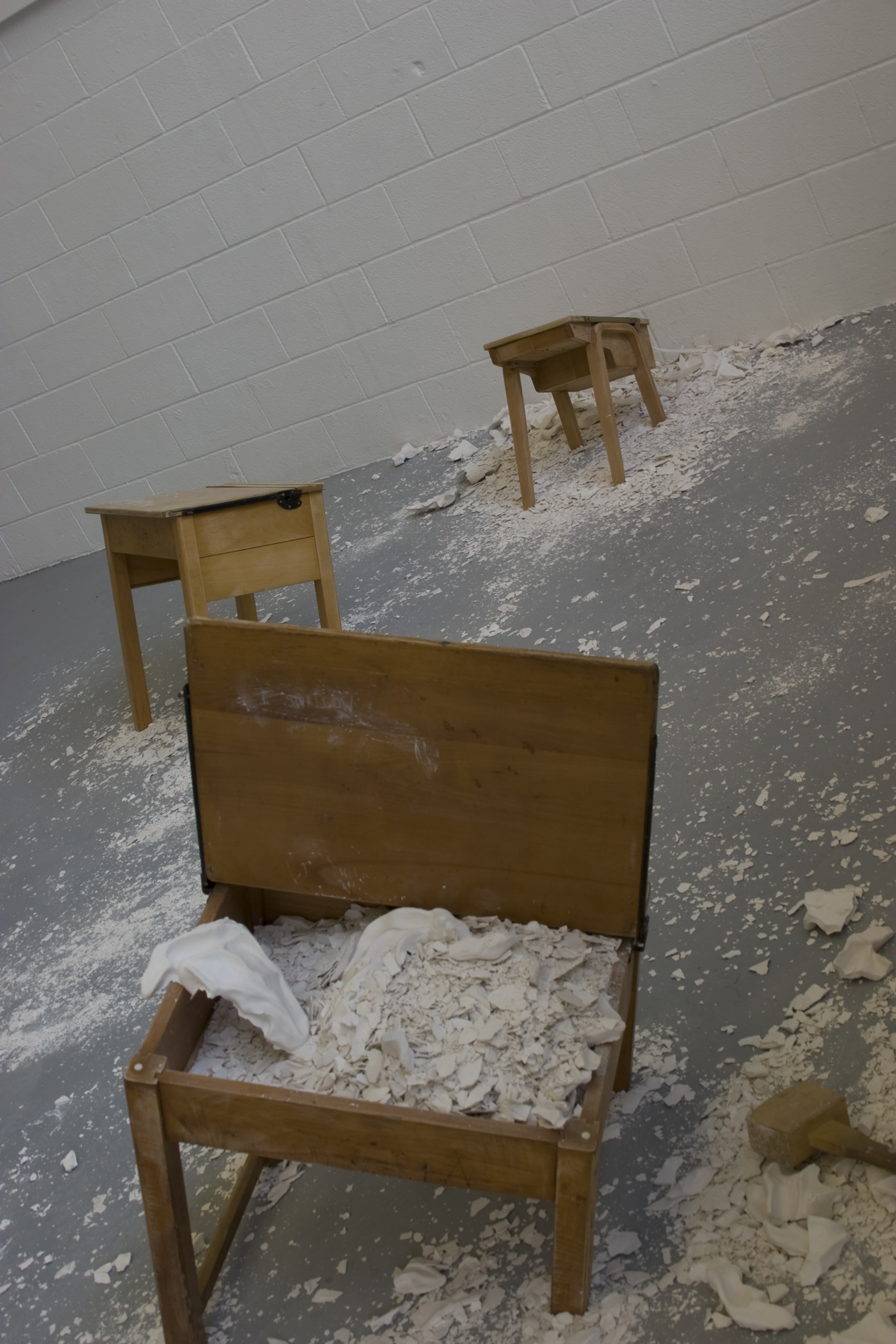 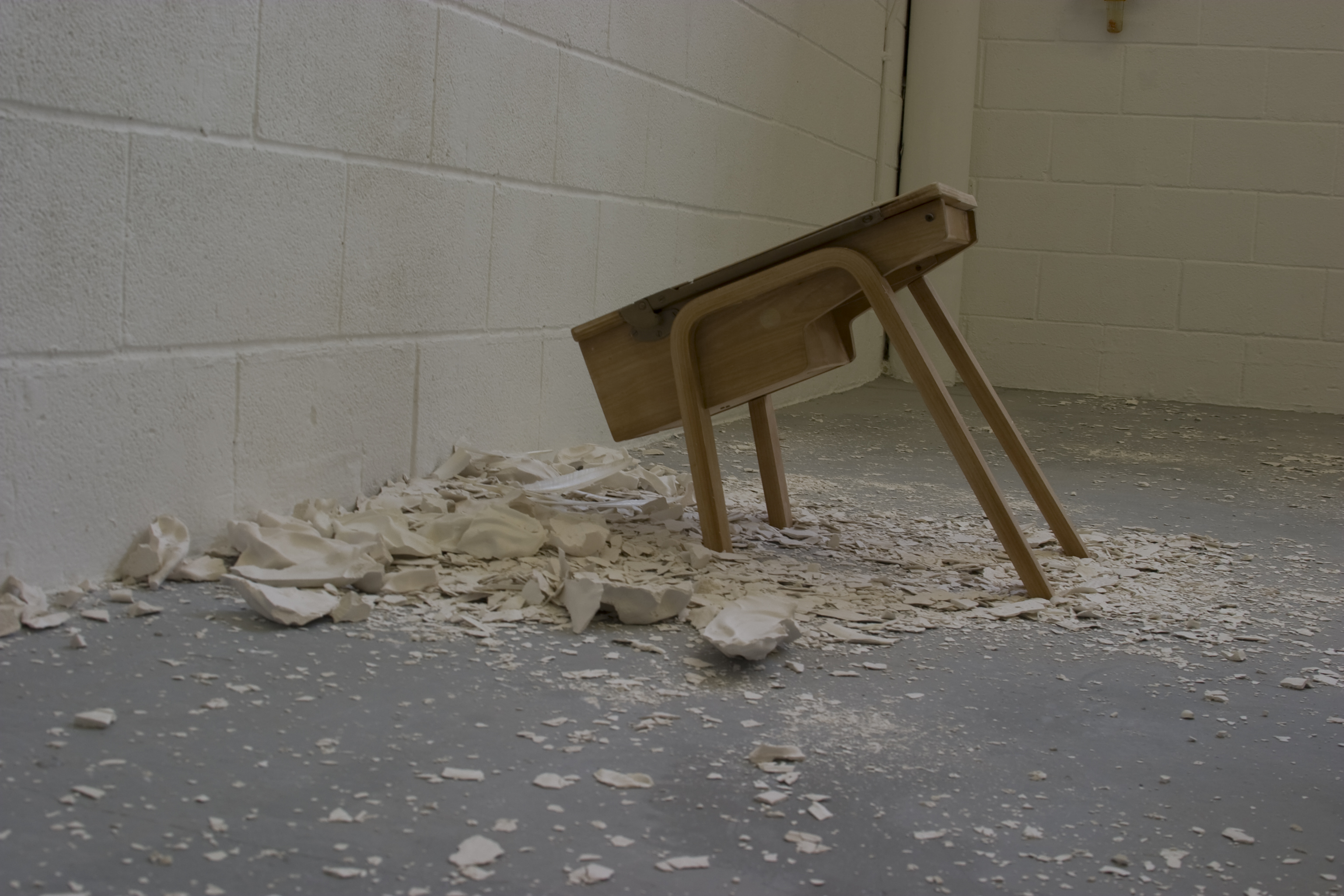 Anatomical plaster casts from sculpted clay scapulas are produced in multiples, followed by playing with the risk of fragility during the process itself and controlled with the mallet in retrospect. A series of traditional school desks are manipulated through cutting, burning and scratching. Floor standing and leaning against walls, they are gathering in conformation of an order, a following to an unknown destination.