The Urban Soul Festival, held in Tripoli Public Park in the heart of Nicosia, Cyprus, was organised by the Pantheon Cultural Association whose aim is to bring upcoming, established and prominent fine artists together for one day, to present their work to the wider public and thus heighten their presence within the growing scene of the island.

‘Misplaced’, Misselbrook’s digital print on banner was suspended between park trees and effectively lit at night resulting in a visual centrepiece for the exhibition.

Misselbrook states, ‘The work on show here gave a strong but silent, slightly unnerving echo of societal and political situations existing not only within the island itself but globally.’ 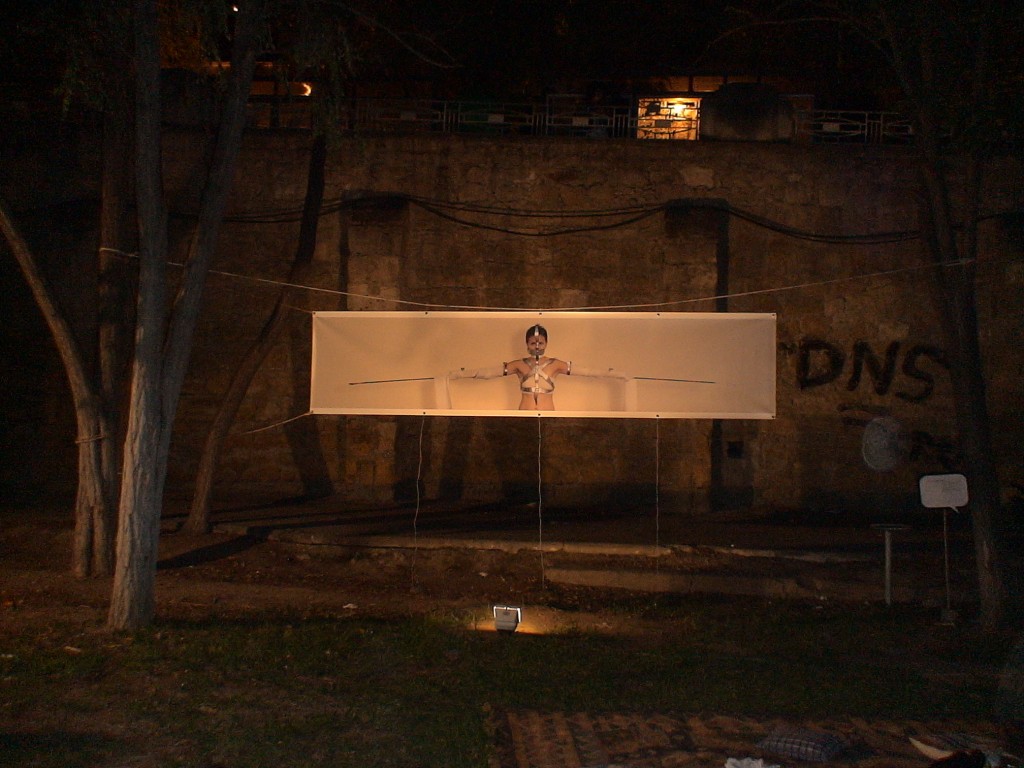